Admitted To Practice Law In: 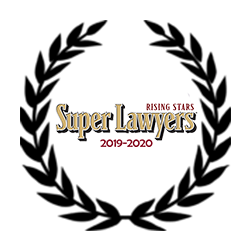 Since 2000, Dan has devoted his practice to handling workers’ compensation claims before the NYS Workers’ Compensation Board, in trial, Board Panel, and appellate level proceedings. Having appeared at thousands of hearings over that time span, Dan has developed a strong knowledge of the workers’ compensation law and the unique and complex issues that it creates for the injured worker. Dan believes that an attorney is not only a litigator, but an advocate and a counselor for his clients.

A significant part of his approach is to ensure that his clients are well-informed. Knowledge of the issues that lie ahead allows for preparation and permits the client to successfully navigate the proceedings in any workers’ compensation claim. This in turn maximizes the benefit received under the law, while minimizing the pitfalls encountered as a result of the myriad defenses available to an insurance carrier.

Dan was born in Nicaragua but grew up in Scottsville, NY. He graduated from Wheatland-Chili High School and then obtained his Bachelor’s Degree from SUNY Geneseo. After teaching high school Spanish for three years, he graduated, with honors, from Syracuse University College of Law in 1998. He has been practicing workers’ compensation law since 2000, exclusively devoting his efforts to injured workers. He speaks fluent Spanish and is proud to have helped countless Spanish-speakers through the challenging world of workers’ compensation. He continues to be an active member of the New York State Bar Association, the Monroe County Bar Association, and the Injured Workers’ Bar Association.

In his downtime, Dan enjoys his family, music, and baseball. An avid musician and guitarist/bassist, Dan stays active in the Rochester and Buffalo music scenes with various performing and recording projects. He is proud to have passed along his love of all things music-and-baseball-related to his children and is a dedicated listener of his daughter’s weekly college radio show and loves to listen to her play her guitar and ukulele. Fond of former Phillies’ first basemen John Kruk’s philosophy (“I’m not an athlete, I’m a baseball player!”), he plays baseball alongside his son as a member of the Orioles in Rochester’s Senior Men’s Baseball League after retiring from a rewarding coaching career as a youth baseball coach.

Contact Dan today at dan@zeaproukou.com to schedule your free consultation.